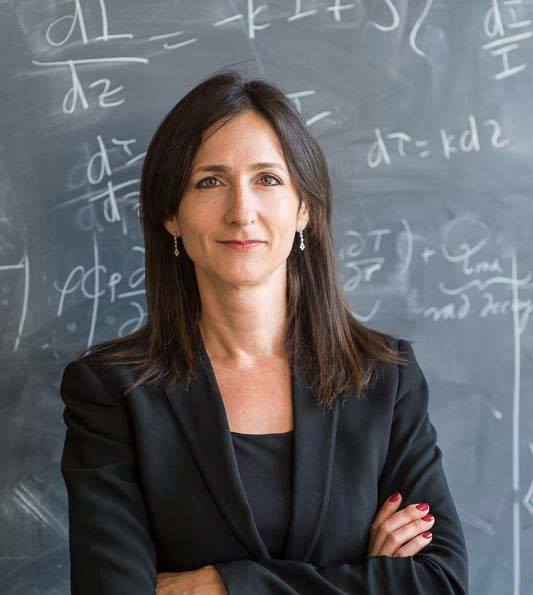 In May of 2014, MIT's Dr. Sara Seager answered questions about exoplanets, the search for life, and the next technologies (like JWST!). Dr. Alberto Conti provided some additional answers to JWST questions.

The answers are very succint due to Twitter's 140 character limit (and we also added the #search4life hashtag to each answer). Often the questions are rephrased in the answers so that our Twitter followers would know what we were giving the answer to.

If you were finding a form of life on Mars would you just leave it there and cancel the colonisation? (eoden)

If we find life (bacteria) on Mars, we will be so excited but continue to explore as planned.

What kind of different scientific approaches will #JWST bring for #search4life?(baristhegreat)

#JWST will be the first telescope to be able to determine if nearby planets have water in their atmospheres. (answered by Alberto Conti)

How do you think finding life (or not) will impact global politics? Will it bring us closer or divide us more? (danbachelordor)

Finding life should jolt some segments of society. Unless life comes here likely no change for global politics.

How important is the presence of a magnetosphere to life and is it possible to detect one on an exoplanet? (robertoj921)

Exoplanets has shown all of our preconceived notions should be discarded! Magnetosphere may not be essential. To detect we would need a space radio array far from Earth... working on it!

Seems like it would depend on how big the planet is. Bigger planet w/ more atmosphere would lose it slower. (_Brett_)

Magnetosphere is related to the planet interior not the atmosphere (dynamo generated via liquid core).

What excites you the most about the search for life? What do you think we will find over the next 10 years? (albertoconti)

The fact that small planets litter our Galaxy. We just have to build the right space telescope(s) to find them. Embarking on the "real search for alien life" by being the first generation capable of finding signs of life.

What do you think of discoveries like Kepler 186f; how likely is life there? (lovelyrita_mm)

Super exciting that Kep 186f and other "potentially habitable" planets exist. For Kep 186f we only have the size and stellar heating rate. Your guess about life there is as good as mine.

Will A.I. be essential in exploring very distant worlds or moons like Titan? (sportssammy)

In the near term only limited onboard spacecraft processing algorithms are needed. In the far future robotic exploration may be essential, especially for real-time decision making and exploration.

How much is our view of exoplanet population distorted by limited data? How close are we to a true picture? (pseudomantid)

Our view is so limited! We find big planets and planets close to the star, that's it for now. Over time with new space telescopes we will find out the true pic, but it will take many years if not decades.

Have you found many outer planets that are earth-like? Where/how far are they? (conleylyons)

No outer Earth-size planets yet... they are hard to find. Stay tuned...

I'm all for finding another earth, but until we find a faster way to travel, it's almost moot. Can we go warp? (wateringeye)

A huge world-wide desire for interstellar travel, but yes it's beyond us for now. In the meantime the #search4life is exciting.

I will let @ProfSaraSeager answer the 1st part, but #JWST is unlikely to be able to see such small structures #search4life (albertoconti). Red dwarfs are a short-term priority in the #search4life b/c small planets around small stars are easier to find and study. NASA's MIT-led TESS mission (launch 2017) will find rocky planets transiting Red Dwarfs:
http://space.mit.edu/TESS/TESS/TESS_Overview.html (Sara Seager)

Would a Europa mission look to melt through the ice? Or maybe try to land somewhere where water vapor potentially spurts out? (lakersmusic)

Europa mission would melt through the ice. Water underneath, no atmosphere. Don't see any water plumes from afar.

How long until we are able to detect heat signature of life on exoplanets or their atmospheres? Before 2018? (crashalido)

Why are atmospheres so rare? And isn't Europa too far from sun to be warm enough for us to live? (watereye)

We can't live on Europa but think the ingredients for life are in Europa's under-ice ocean. Atmospheres are common, just not around very small bodies such as some moons.

Working on the visual snapshot. But it will be a "point of light" not a resolved image with continents. The snapshot will take a new kind of space-telescope that can block out the starlight to 1 part in 10 billion.

Would the earth be relatively easy or difficult for other civilisations to spot given the nature of our solar system? (ascensionbook)

If other nearby civilizations (if they exist) have our space techology capability and $$ they can find us.

How large would the mirror/collector have to be to resolve or would it be impossible from such ext ranges? (bohrdnerd)

To spatially resolve another nearby Earth, something like 50 telescopes each of 50 m in diameter working together!

What are the prospects for finding/studying atmospheres on non-transiting planets? What % of pop are they? (pseudomantid)

So far non-transiting "hot Jupiters" have been studied using CO lines and the rapid velocity change during orbit.

Is there enough light from Exoplanets to use elements determined by spectrum bands to infer in a #search4life? (AgilistaAG)

We have plan for a large enough telescope mirror size to see spectral band features on other Earths.

How close is such a large telescope mirror to being active? (AgilistaAG)

#JWST has a shot at finding life-suggesting spectral bands for a small set of exoplanets. Otherwise over a decade. (Alberto Conti)

Would large scale engineering/planetary alteration of an advanced civilisation be visible to JW telescope? (Lofty663)

Has your everyday life (here on Earth) changed in anyways because of the work you do? (_portchapter)

Yes my everyday life has changed because of the growing excitement and desire to be involved from all of you!

If you could speak to a classroom of kids, what would you say are the most important questions to ask in #search4life? (AgilistaAG)

I do actually speak to kids (have a 9 and 10 year old) and I implant the "think big" high risk high reward. I tell kids that every star is a sun, planetary systems are common, and we want to study planet atmospheres.

We #search4life based on Earth-like metabolic processes; what if life elsewhere is radically different? (thetwitess)

We will #search4life via gases that "don't belong" assuming only that life involves chemistry to store and release energy.

Will class G stars have priority for observation or are all targets chosen equally, or by known planets in CHZ? (voidshaper)

Yes for G stars we want to find our "twin Earth". Target selection is an endless, endless process.

JWST and other future telescopes can barely detect signs of life. So "no" for changes as in gl warming.

At least now humanity will have definite locations to head for through interstellar space vs guess work. (sapipers)

You would be surprised how many people share this sentiment and how much we hope that future generations are able.